VI. Summaries of the 143 Militia & Arms Laws and their 84 additional Sections of those laws

The restrictions, and related information, are categorized by six Letter Codes from each of the 143 arms laws and the additional 84 Sections of those laws, and the U.S. Constitution.

Those Letter Codes are defined as follows:

Also please note that a law or section of a law may have multiple Letter Codes.

This summary shows that of the 275 Letter Codes (275 from the States not counting 2 from the U.S. Constitution) found in the 143 State arms laws, and 84 Sections of those laws, there were 65 laws restricting the right to keep and bear arms. Those 65 restrictions are bolded in column “R” in the chart below.

The chart shows there were 65 legal restrictions on arms on Dec 15, 1791, in 12 of our 14 states, and two laws (the state Declarations of Rights of Vermont and Pennsylvania) giving individual rights to arms, unconnected with the militia or military.

This chart also shows that state restrictions on the individual use of arms were numerous and spread geographically throughout our new country when the Second Amendment was ratified.

[2] Vermont was not one of the original 13 colonies. 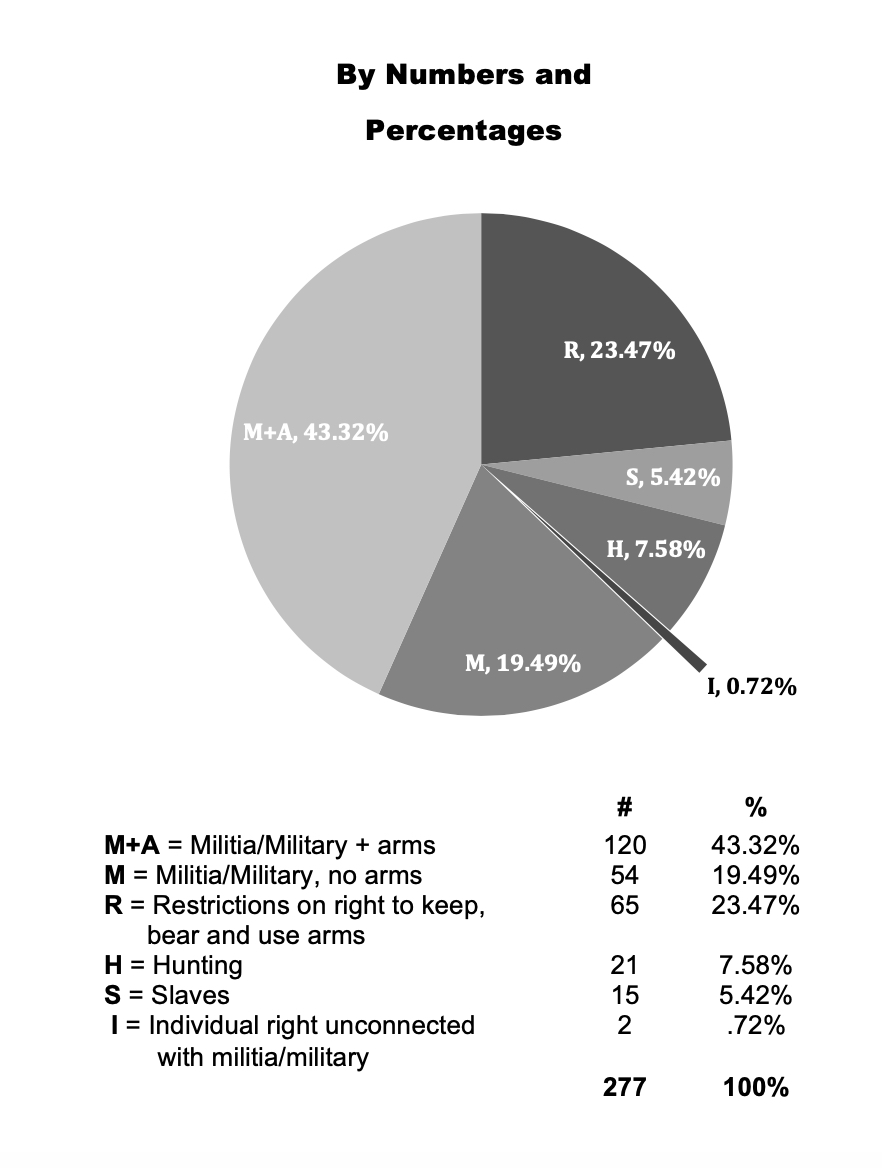 VI. Summaries of the 143 Militia & Arms Laws and their 84 additional Sections of those laws